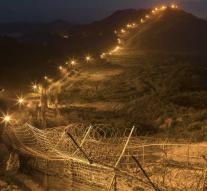 The 34-year-old South Korean was sent back via Panmunjom, a village in the demilitarized zone between the neighboring countries. According to Yonhap, there are still six South Korean citizens in North Korea, including three missionaries.

The North Korean authorities released three American prisoners earlier this year. That happened in the run-up to the historic summit between US President Donald Trump and North Korean leader Kim Jong-un.