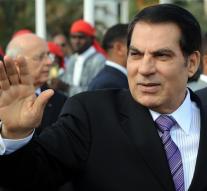 oslo - The Tunisian winners of the Nobel Peace Prize on Thursday, the day of the award ceremony, called for peace in Libya. The winners are four organizations together as Quartet successful consultation committed and mediated to avoid Tunisia after the fall beginning in 2011 by the authoritarian President Zine al- Abidine Ben Ali, sank into a violent chaos.

That was done in Libya after the fall of dictator Muammar Gaddafi (1942-2011) in the summer of 2011. Since then contest two governments, numerous tribes, clans and groups of jihadists each other for power in Libya.

Tunisia in 2013 seemed to follow the example of neighboring Libya. The UGTT trade union, employers Libya UTICA (Tunisian Industry Trade and Craft Association), took to the human rights league LTDH and the National Bar Association as " National Dialogue Quartet at the table with their" Tunisian polder model ' to avert the disaster. That has succeeded wonderfully according to the Nobel Committee. Therefore, the four Thursdays in the Oslo prize.