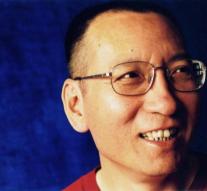 peking - Chinese Nobel Prize winner Liu Xiaobo has been released on medical grounds. His lawyer announced Monday that Liu has an advanced form of liver cancer.

The 61-year human rights activist Liu Xiaobo received the Nobel Peace Prize in 2010. He was convicted in 2009 for eleven years imprisonment for 'incitement to state overthrow'. He had written a petition for political reform in China.

Liu is being treated for his liver cancer at a hospital in Shenyang. Amnesty International confirms that Liu is ill. The Chinese Ministry of Foreign Affairs says nothing about the situation.