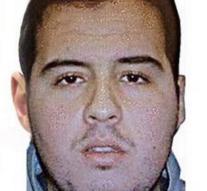 brussels - The Belgian liaison officer to the terrorist Ibrahim El Bakraoui were expanded by Turkey in July 2015 to the Netherlands will no disciplinary proceedings on his pants. The Belgian Moroccan blew himself up at Zaventem airport on March 22, 2016.

Interior Minister Jan Jambon, which Sébastien Joris just pointed out as a scapegoat after the attacks in Brussels waives measures ' because he apparently followed the procedures ', Belgian media report Monday.

Joris came heavily under fire when two days after the attacks found that El Bakraoui after his arrest at the Syrian border in the request was put on a flight to Brussels but to Amsterdam. The man was currently on parole, but had failed to report twice. After arriving at the airport, he disappeared from the radar until the day of the attacks. His brother Khalid also blew himself up at Maelbeek Metro Station.

The Greens believe that Jambon should apologize. Joris himself responded reluctant.