Home / World / No dead by Harvey 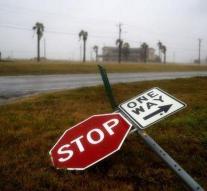 corpus christi - The governor of Texas Greg Abbott said on Saturday that Hurricane Harvey has not yet made deadly victims. However, the danger has not disappeared.

The storm, which has so far predominantly housekeeping in the coastal region, according to the weather forecasts, declining a total of 100 to 125 centimeters of rain.

SEE ALSO: Harvey fades off, a lot of damage in Texas

Abbott said at a press conference that the state of Texas had declared disaster areas in twenty other regions- thirty thirty- already deployed 1800 military personnel for search and rescue operations. This happens among other things with helicopters. The soldiers will also help to clean up the rubble.