Home / World / No compensation for aunt 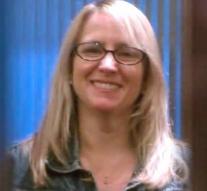 - A jury at a court in the US state of Connecticut had only 25 minutes to determine the compensation for a broken wrist : $ 0 . Jennifer Connell had dragged her now 12 -year-old nephew to court because he was in an over-enthusiastic embrace on his eighth birthday the pulse of his aunt had broken .

Connell had 127.000 dollars ( 112.000 euros ) in damages demanded. The old jumped on his birthday with his new bike and flew at his aunt to greet her. That was according to the woman with so much violence accompanied her wrist broke.

According to the lawyer of the woman is not happy Connell himself with the case, but the nephew " should know better ". However, the jury ruled otherwise.