Home / World / No assistance for Turkish and Moroccan Dutch 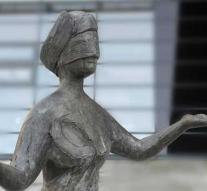 utrecht - Turkish and Moroccan Dutch with too little AOW must provide the 'citizen service number' from their home country in order to be entitled to extra assistance here. Because some of them did not, the Social Insurance Bank rightly stopped their benefit.

This has been determined by the Central Appeals Board this morning. The older Turkish and Moroccan Dutch people did not accrue enough AOW to live on after coming here, and therefore requested an AIO benefit- a social assistance benefit for pensioners.

The Social Insurance Bank asked for the 'citizen service numbers' from the home country of the state pensioners, to check whether they also have income or wealth in Turkey or Morocco.

The SVb did not get the numbers, because the Turkish and Moroccan authorities might abuse the Dutch information request, so the immigrants reasoned.

The SVb then stopped the social assistance benefit. After the court, the Central Appeals Tribunal has also given her the same. Those who do not provide all the desired information are no longer entitled to a benefit.

The argument that there is discrimination does not hold true: the SVb only did research because the welfare claimants were in Turkey or Morocco thirteen weeks per year. They are not discriminated against on origin or nationality, according to the Central Council. Also, requesting foreign BSN numbers is not a violation of privacy.

In two of the seven cases, the SVb was not right, because of a procedural error. No appeal can be made against the decision.