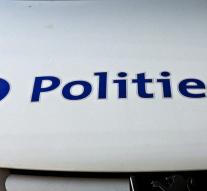 brussels - In the Walloon Auvelais and Verviers, the Belgian police carried out raids Thursday. No one was arrested, made the Belgian federal prosecutor in charge of investigating the terrorist attacks in Paris, known.

In Verviers, near Liege, were done Thursday two house searches. In Auvelais, between Charleroi and Namur, it was one building.

The results of the searches, such as whether there are weapons or explosives were found, or other items have been seized, the prosecutor's office does not disclose.

The Belgian authorities with might and hunt for one of the suspected perpetrators of the attacks in Paris, Abdeslam Salah and his cronies or people who have helped him. So far five people have been formally charged with terrorism.

Meanwhile, the highest threat level to Brussels has been reduced by one step. Whether that will have a direct impact on the safety is still unknown. Soldiers and officers patrolling the streets and guarding " strategic " places such as the Grand Place in the center, the European institutions, as well as metro stops.