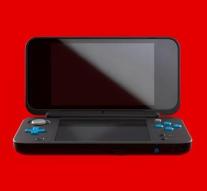 kyoto - Nintendo launches a new portable game machine, the New Nintendo 2DS XL, at the end of July. With the game computer, players can choose a system that fits the Nintendo 2DS, which was released in October 2013 and was specifically designed for low-budget gamers and the New Nintendo 3DS XL.

The large screen of 2DS XL has the same dimensions as that of the 3DS XL, 4.88 inch. However, as the name of the new system indicates, games can only be played in 2D. The 2DS XL is also lighter than the 3DS XL with 260 grams, but according to Nintendo it is just as powerful. On the new game machine, 2D can play all games ever released for the Nintendo 3DS, New Nintendo 3DS and Nintendo DS.

The New Nintendo 2DS XL is available in Europe from 28 July. How much the game computer is going to cost, has not been announced.