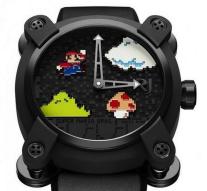 - Game giant Nintendo presented on Wednesday quarterly earnings that shareholders were not happy. The company made in the first quarter of the financial year 5.1 billion yen (€ 43.8 million) loss. However, it has a plan in the coming years to make themselves less dependent on actual game sales.

The blame for the bad figures put it at the unfavorable exchange rates and strong incline of the value of the yen, but at the same time it could not hide the fact that sales of game consoles were not great.

The Wii was only 220. 000 copies sold, while the 3DS dropped to just sold pieces among the million. The wait is therefore mainly to the launch of NX, the latest console from the company.


In the meantime, the company will try to make more money with the brands and characters which it already has. Nintendo has long been very conservative in issuing licenses to use, for example, characters from Super Mario. Even Shigeru Miyamoto, creator of the roguish plumber, now has indicated that there is more enthusiasm within the company to use Nintendo characters by third parties.

It will shape itself to Disney, that last year a whopping $ 4.5 billion (€ 4.1 billion) earned in consumer products like watches Mickey Mouse, Donald Duck teapots and Finding Nemo dasspeldjes. In the same period, Nintendo knew only 5.7 billion yen (€ 49 million) to make such deals. That while the recognition of many of Nintendo's brands almost as strong as that of Disney.

The coming years, the game company will thus be less stringent in selecting merchandising partners. The intention is therefore to take this to make up for the loss of the actual game side of the business.