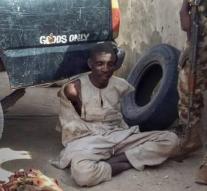 niamey - Security forces of Niger have 57 members of the Islamic terrorist group Boko Haram slain when he attacked a village in the Diffa region. It has declared the Ministry of Defense of Niger Monday.

The attack of Boko Haram were fifteen soldiers and two civilians wounded. The army took a big arsenal of the terrorist movement confiscated, including grenade launchers and machine guns.

Boko Haram is active in Nigeria, Cameroon, Niger, Chad and the Central African Republic. The movement wants to establish an Islamic state and is to act ruthlessly. The network has slain an estimated 15 000 people and more than two million others driven from their homes.