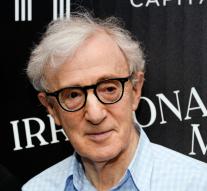 - His professional colleagues have Woody Allen just before his eightieth birthday a beautiful gift given on 1 December. The Writer's Guild of America chose Allen's screenplay for the film Annie Hall to the funniest of all time. In the 1977 movie with Diane Keaton Allen played the main roles. The romantic comedy was rewarded with four Oscars.

In second place finished the screenplay of Some Like it Hot, a 1959 film written by Billy Wilder. The third place was for Groundhog Day in 1993. The authors were Danny Rubin and Harold Ramis.

The oldest film on the list of the 101 funniest scenarios is The Gold Rush Charlie Chaplin in 1925, who finished in 94th place. Bridesmaids Kristen Wiig and Annie Mumolo out in 2011 is the youngest. The film finished 16th.

The Writers Guild of America is a union of writers who include working for the film industry and television.