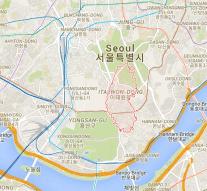 seoul - New Zealand has revoked the diplomatic immunity of an ambassador in South Korea because it would have misbehaved. According to the South Korean news agency Yonhap immunity in a letter from the Embassy of New Zealand in Seoul deleted.

That happened after the diplomat had been involved in an incident in a bar in South Korea Yongsan district. To prevent the arrest of two New Zealand businessmen would have pushed the man police and kicked at their patrol car.

According to Korea Times would also be a barmaid molested in Itaewon. The men were initially taken to the police station, but the envoy was released by his diplomatic immunity.


The embassy announced to cooperate fully with the investigation. The Foreign Minister of New Zealand said on the radio in his country that the government expects diplomats behave themselves,, and abide by our laws. '