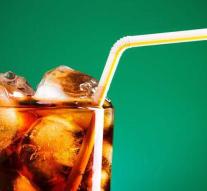 new york - Are the New Yorkers slurping their beloved plastic straws for the last time? If it is up to the municipal administration of the American metropolis. Fast food chains and restaurants may be banned from using plastic straws for longer.

And the plastic stirrers, who like to use chains like Starbucks, and plastic cups seem to have had their longest time in the Democratic city, led by the socialist mayor Bill de Blasio. The Democrats think it is high time to reduce the use of environmentally friendly plastic.

Chains like McDonalds are already experimenting with cardboard straws to replace the plastic. The company would consider removing plastic straws worldwide. Restaurants in New York can also choose not to distribute straws at all. However, that seems difficult because the Americans are attached to their slurping tubes which in their eyes are a lot more hygienic than glasses.

Earlier attempts had also been made to have New Yorkers pay for their plastic bags that are distributed in large quantities in the US for free and used at the cash registers. But that has not yet succeeded.

In other left-wing cities like Seattle, there is already a ban on plastic straws. Restaurants can get fines of 100 to 400 dollars in violation. According to the municipality an exception can be made for disabled people who really need a straw.