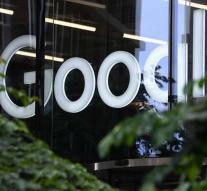 mountain view - Google will present its new 'flagship', the Pixel 2 and the larger variant Pixel 2 XL on Thursday, October 5th. That is the usually well-reported blogger Evan Blass. That makes Google the last big brand that shows its topmartphone to the world. Samsung launched the Galaxy Note8 on Wednesday, Apple will launch the new iPhone in September.

The first Pixel was presented a year and a day earlier, October 4, 2016.

Under the hood, the new Pixel would get a Snapdragon 836 processor, the latest Qualcomm chip. The device will run on the new Android 8.0 Oreo operating system. A headphone jack is probably not on the smartphone. HTC is expected to Pixel 2, competitor LG would manufacture the bigger Pixel 2 XL for Google.