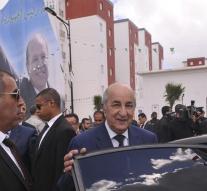 A statement by the presidential palace states that the resignation was constitutional and happened on the proposal of the prime minister. The private television channel Ennahar reported that four convictions from Benagoun were the reason for the decision. The president would not have been aware of that. Further details did not call the channel.