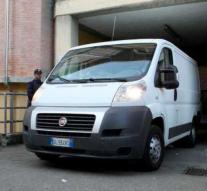 palermo - The Italian police have arrested dozens of Mafiosi, including the new head of the Cosa Nostra in Sicily. In total, 46 arrests were carried out in the province of Palermo on Tuesday, police said.

Settimo Mineo would have led the so-called Sicilian mafia committee, also known as 'dome', in which the leaders of the criminal organization are organized. According to Italian media, the jeweler Mineo was the successor of Mafia boss Salvatore 'Toto' Riina, who died last year.

The arrested Mafiosi are accused of illegal possession of weapons, extortion, arson and violent robberies.