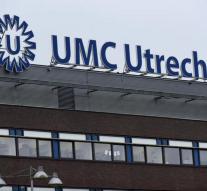 utrecht - The University Medical Center Utrecht (UMC Utrecht), Hogeschool Utrecht (HU) and the company ProtoSpace have signed an agreement for research into 3D printing in the medical world.

As far as researchers rolling over decades entire organs from the 3D printer. To that end, the three parties under the name Utrecht3DMedical started the first research lab in the Netherlands.

The aim is to make both plastic and biomedical materials (collagen and gelatin) new bodies.


'The advantage is that for example, you can create a new custom knee immediately. You do not have to wait for a donor, 'explains a scientist at UMC. He cites the example of a young woman who got a completely new plastic skull two years ago in Utrecht. 'This was the first time in the world was carried out such an operation. 'How long it will take before rolling bodies out of the printer, is uncertain.