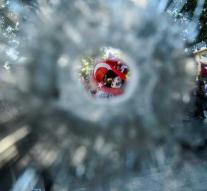 istanbul - Turkey continues to pick people up as a result of the failed coup attempt in the summer of 2016. This time, prosecutors gave orders for the arrest of seventy army officers. They would have ties with the spiritual Fethullah Gülen who, according to Ankara, is behind the coup.

According to the UN, Turkey has now arrested 160,000 people because of the coup attempt. More than 50,000 of the detainees have been charged. Furthermore, about the same number of civil servants have been sent out.

Critics accuse President Erdogan of using the failed coup to get rid of political opponents. The head of state says that he is addressing threats to state security.