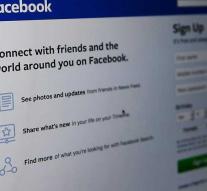 menlo park - A new scandal is playing around Facebook. The company would have tried to put critics with fake news in a bad light, to divert attention from perils about, for example, the lack of privacy security on the social network. Facebook denies having done something wrong. The ties with the lobbying company in question have since been broken.

According to The New York Times, Facebook would have enabled a Republican PR company called Definers to blast competitors and George Soros last year. That well-known philanthropist has been very critical about Facebook for a long time. The allegations are sour, because Facebook was rather discredited because so many 'fake news' from other parties would be distributed through the social network.