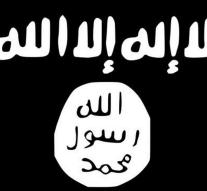 rabat/fez - Moroccan police have broken up a network of people recruited for the terror group Islamic State (IS). Seven suspects were arrested in Fez and around the city, reported the Interior Ministry Wednesday.

According justice they recruited new fighters for IS. The police, she was on the track in an earlier investigation into recruiting Moroccans to fight extremists in Syria and Iraq.

The trip to the Middle East would be paid by one of the arrested suspects. According to observers, there are relatively many Moroccans among foreigners in Syria and Iraq suicide bombers.