Home / World / Netherlands does not agree to nuclear resolution 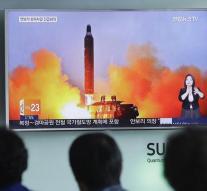 - The United Nations will negotiate an international ban on nuclear weapons. That is the result of the UN General Assembly vote by the First Committee on the resolution which states that negotiated next year on banning nuclear weapons. Remarkably Netherlands abstained from voting.

Spurred by four countries have submitted the resolution an international coalition of activist groups, former government leaders, movie stars and peace activists at the UN. Thursday night was the voting on the resolution. The Dutch peace organization PAX, which has for years strongly for the negotiation of a nuclear weapons ban, called a ' historic breakthrough. 'The resolution adopted should bring a nuclear-free world closer. ' A ban on nuclear weapons is the most promising important step towards it', says Managing Director Jan Gruiters.

Netherlands was thus caught between the desire of the parliament and the NATO ally keep them happy. Netherlands was the only NATO country that abstained from voting. The other members all voted against. The nuclear weapon states have also opposed the resolution and will not participate in the proposed conference. ' Although it is positive that the Netherlands does not reject adamant the resolution, like all nuclear weapon states, this decision remains difficult to understand. Again, the Dutch government ignores namely an express wish of the House, 'said Pax director Gruiters.