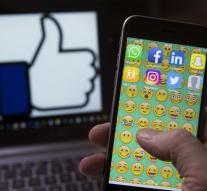 With this plan, the majority of EU Member States agreed in Brussels on Tuesday. The Netherlands voted against, but state Secretary Sander Dekker (Culture) said not only. The proposal is part of a package of measures to modernize the existing EU Audiovisual Media Services Directive. This is necessary because consumers, especially young people, are no longer watching the movies in the traditional way.

'It is good to make less distinction between traditional channels and what is happening on the internet,' said Dekker. 'But now the internet is threatening to fall underneath. With Netflix, I can still imagine such demands, but not Facebook. There is also something like criminal law. '

In the new directive, television stations and video services should also offer at least 30 percent European productions. 'At quota I'm not so happy. Viewers themselves decide what they like, 'Dekker said at the end of the meeting.

However, he is behind the idea that channels themselves decide how to divide the ads during the day. Now it is limited to twelve minutes per hour. The total share will remain at up to 20 percent of the broadcast time.

Member States must now negotiate with the EU Parliament and the European Commission on the final directive.