Home / Tech / Netflix continues to do business with Disney 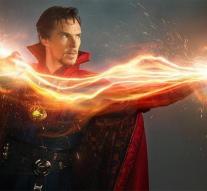 - Dutch Disney fans with a Netflix subscription do not have to fear that they will not be able to see Disney movies more soon through the video service.

Disney's plans to retrieve his Netflix movies initially relate only to the United States.

Netflix emphasizes in a comment that it continues to do business with the entertainment company behind Mickey Mouse and Pirates of the Caribbean. Also, the collaboration between Netflix and Marvel TV from Disney continues. US Netflix subscribers can enjoy Disney titles that appear on the platform until 2019.

From next year Disney will launch two own streaming services, for family films and for ESPN sports channel. There are 10,000 sporting events per year on ESPN. According to topman Robert Iger, there is a completely new growth strategy for Disney.