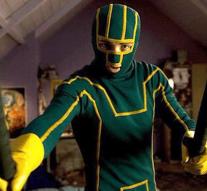 - Netflix takes over Millarworld, who previously worked for Marvel Comics and produces comics like Kick-Ass.

This made Netflix known on Monday. It is the first purchase of the US online video service.

Netflix wants the Millardworld comic strips, founded by Mark Millar, who collaborated with Avengers and Captain America, among others.

Financial details of the acquisition were not announced.