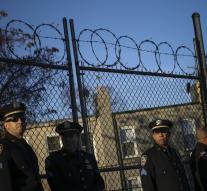 - A cousin of Venezuela's first lady was arrested and transferred to the United States on charges of drug trafficking. That said an unnamed source told Reuters Wednesday.

Franqui Francisco Flores de Freitas, a nephew of the wife of the Venezuelan president Nicolas Maduro, Cilia Flores, was flown Tuesday to New York, along with another person, Efrain Antonio Campo- Flores, the source said. Wednesday there were no documents readily available on the indictment. A spokeswoman for the US Attorney in New York declined to comment.