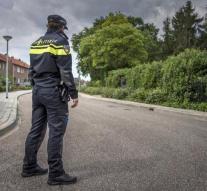 amsterdam - The one after another critical report appears on the National Police. A district clerk outlines the streets of De Telegraaf in a debating view of the practice. The citizen is the fuss of the reorganization.

Crime that is not being addressed, citizens who do not have a declaration and a lame moral among police officers. The very driven but disappointed neighborhood clerk 'Marit' approached this newspaper to open a booklet.

The police union NPB endorses her relaunch. 'Due to the structural shortage of detectives, criminals have free play. '

Read the whole story: 'Ultimately, Citizen Is The Klos' (Premium)