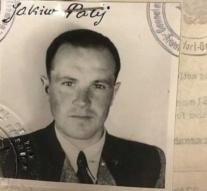 berlin - The former Nazi camp guard who was deported to Germany by the United States on Tuesday stayed in a relief center for Holocaust survivors shortly after the Second World War. He even received a benefit then.

The newspaper Bild writes this on the basis of historical documents from the International Tracing Service (ITS), the department of the Red Cross that manages the archive of Nazi victims.

'Jakiw Palij was first in a camp for Displaced Persons in Bamberg and later in a resettlement center in Schweinfurt,' says the research director of the ITS, Henning Borggräfe against the newspaper.