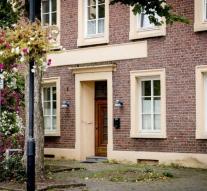 krefeld - Klaus Ross, the German natural healer Brought against whom an investigation was opened in connection with the death of three cancer patients from the Netherlands and Belgium, has them administered infusions of 3-BP (3 bromopyruvat) itself prepared without informing the authorities to set. That the Public Prosecutor of Krefeld told the local newspaper Rheinische Post.

The use of 3-BP is not banned in Germany, but the drug is not for use on the market in the country. Ross has the active substance themselves, and their prepared using a solution from abroad. He should report to the local health authorities, but he failed.

Incidentally, said prosecutor Axel Stahl against the Rheinische Post that the ' difficult to prove that led to the infusions of 3-BP causal to the death of patients. '