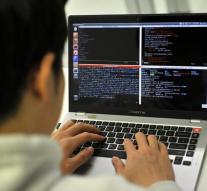 london - The West does too little against the growing Russian cyber attacks. And thus NATO's fight to lose, says Thomas Rid, researcher of digital security at King's College in London.

Rid believes that NATO must do more to clarify how great the danger is, and what exactly happens. In addition, countries need to do more for safety. That does not happen, he says.,, Look at it with a Russian glasses. You lead an organization in Moscow more hacks than ever before, because you want to show Putin that you are worth the money. The researcher says that at Trouw.

Meanwhile, NATO says nothing about this and has a ten year old idea from the cabinet. Then you think you can go quietly without that there will be consequences. '


Rid is surprised that NATO has decided on a military approach to cyber.,, What you see happening is large-scale computer espionage. That is not a military activity, but intelligence work. '