Home / World / N Korea: prepared to solve problems with US 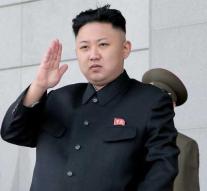 seoul - North Korea is still ready to meet with the USA to discuss the issues where possible. That's what the Vice Minister of Foreign Affairs Kim Kye Gwan said on Friday after US President Donald Trump canceled the summit with North Korean leader Kim Jong-un a day earlier.

'We had great respect for President Trump's efforts, which, unlike all its predecessors, tried to bring about a historic summit between North Korea and the US,' the Deputy Minister said in a statement issued Friday by the state press office of the country.

'We once again let the US know that we are open to solving problems in every way possible,' he said. The US president drew a line in a letter to Kim Jong-un Thursday through a historic meeting, to be held on 12 June in Singapore.

According to North Korea, the cancellation of Trump does not correspond to 'the wish of the world. 'According to the statement of the North Korean regime, a summit is necessary to improve the serious enemy relations between the countries. 'The announcement that the summit was canceled came to us as a total surprise. We can not say anything else than that we find it very sad, 'said Kim Kye Gwan.

The US demanded that Kim immediately destroy his entire nuclear weapons arsenal sustainably and controllably. North Korea said Thursday with the blowing up of tunnels in Punggye-ri a location for nuclear testing to have destroyed. That happened in the run-up to the now canceled meeting.