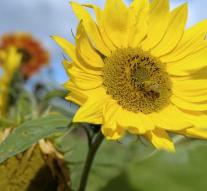 paris - No hand, no fingers, no forearm. In the meantime, 25 cases of babies born between 2000 and 2014 with deformed limbs have been reported. The French Ministry of Health announced yesterday an investigation.

Interestingly, eighteen of these children came into the world in the department of Ain, between Lyon and Geneva. In the Loire-Atlantique (West France) three cases were reported, in Brittany four.