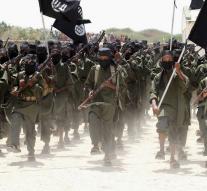 mombasa - In an attack by Somali Islamists on a bus in Kenya Monday two people died. That there could be more, but Muslim passengers refused to betray their Christian fellow travelers.

So says one of the passengers told Reuters. The al-Shabaab militants held the bus at Mandera in the northeast of the country. Then went 10 of them on board and carried the passengers to identify Christians.

However, she refused. We even gave our clothes to non-Muslims so that they were not so easily recognized, says passenger Abdi Mohamud Abdi told Reuters. We supported each other.

Then threatened Somalis anyone to shoot, but still refused the passengers. In the end they gave up and left them. She said they would still come back.

A spokesman for the local authorities confirms the story of the man. Al-Shabaab said that the attackers have fired shots at the bus and leaving some Christian enemies were killed and others injured.

Last year there was a similar attack on a bus seat in the same area. In addition, 28 non-Muslim passengers were executed. Sind Sien buses get a police escort, but that was not so in this case because the bus drove past a police station.