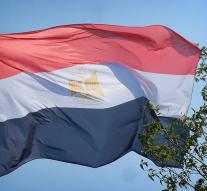 - The Egyptian authorities have shot dead a leader of the Muslim Brotherhood. It's about Mohamed Kamal. Also slain another member of the organization, reports the Egyptian Interior Ministry. Kamal would have led the armed branch.

The Muslim Brotherhood is seen by the government of President Abdel Fattah al-Sisi as a terrorist movement, all claiming to be the organization itself peaceful.

Kamal disappeared Monday, said the Moslimbroerderschap. Previously, he was- in the absence- were sentenced to life imprisonment.