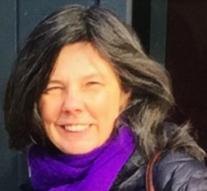 Her 55-year-old friend has been arrested on suspicion of murder. The buried corpse of the writer was discovered in the garden of her home in Royston, British media reported this weekend.

Forensic investigators also found the remains of her small dog, Boris, whom she last during a hike was seen. According to police, her partner is not only charged with murder, but also for obstruction of investigation.

Bailey is in Britain known for her books about the teenage years (Electra Brown) and a blog (Planet Grief), in which she wrote about the death of her husband. Who drowned during a vacation in the Caribbean in 2011. Her new partner, a widower, she met at a support group about handling grief.