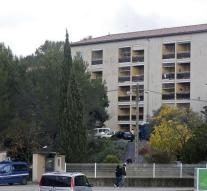 - The murder of an employee of a nursing home for French Catholic missionaries certainly unrelated to terrorism. There is convinced justice in the city of Montpellier. A 54-year-old woman was stabbed to death Thursday night in the home in Montferrier-sur-Lez, about ten kilometers from Montpellier.

The police think they know who the culprit is. Most likely someone who had anything to do with the home. In a car near agents have a replica of a firearm and other material found which made it possible to identify him.

' We can not say exactly what the motive was, but what we can say is that there is no connection with Islamist terror ', 'said the prosecutor. A major search for the killer is still ongoing.