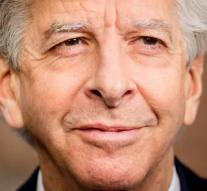 the hague - Minister Ronald Plasterk of the Interior will not ban the 'voice app' of municipalities but help with its development. That is the result of an 'enlightening conversation' with the municipalities experimenting with such an app, which aims to involve more citizens in what the municipality does.

Previously, Plasterk, the municipalities of Almelo, Emmen, Hollands Kroon, Molenwaard and Lingewaard were still at the fingers of the 'voice app'. Electronic voting is not permitted. Organizing elections by app is quite problematic. Plasterk gives an example that it is no longer possible to check whether there is a question of voting.

However, the municipalities have assured that the app is not intended to test whether electronically can be voted in elections. However, people can give their opinion about what is local. The municipalities want to gain insight into, for example, the support for new proposals.

'That seems fine,' says Plasterk Wednesday. He says that the municipalities have good plans and agreed to get support. 'We can also learn from that and share that experience with other municipalities. 'He sees the experiments as' test gardens for new forms of citizenship. '