Home / Tech / 'Munich Linux just to turn his back ' 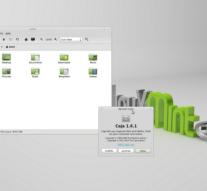 - In 2004 Munich made world as the southern German city already put his Microsoft software in the garbage. Officials were flocking to Linux and OpenOffice, and until now seemed to like the move fine but according TechRepublic sounds the call to return to Windows and Office ever louder.

The complete transition to the LiMux and OpenOffice Linux version tailored (which later became LibreOffice) about nine years took. Munich was not only set an example for other European cities, but the Germans hoped to be cheaper and having to perform less system maintenance. The latter now provides grumbling. It rains in some departments complaints about system errors, crashes and printing problems.

The biggest problems seem to do with the human resources department and it should come as no surprise that the very department now wants to switch to Windows 10 and Microsoft Office. Matthias Kirschner of the Free Software Foundation Europe (FSFE) has reservations about the arguments. He points out that another Linux version can solve a lot. He also has doubts about the appointment of Accenture for a cost of a possible switch. Namely Accenture has a joint venture with Microsoft and Kirschner suggests that suspicion.