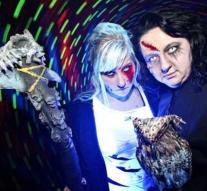 bottrop - Movie Park Germany at the German town of Bottrop is closed early on Friday night due to a bomb threat. The amusement park, which is located almost 70 kilometers from Venlo, reported on Facebook that the police had been informed about the threat by the end of the afternoon. 11,000 people had to leave the site.

A police spokeswoman said to the station Westfälische Rundschau that a person had warned by phone about a bomb in the park. 'That person did not threaten it himself, but informed us about the threat,' said a spokeswoman.