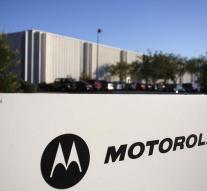 - Motorola comes with crowdfunding platform IndieGoGo at sea. The two together to help companies that want to develop Mods, modular backs for the Moto S phone.

Motorola announced immediately with the introduction of the phone that there would be different types of mods. As JBL made a back that was a great speaker and Hasselblad a mod that makes a better camera on the Moto Z.

Through the Moto Mods Developer Contest now Motorola also hopes to make other parties Mods. That game lasts until 31 January. Then select a jury finalists will be flown to Chicago to the Moto Mods team to develop their idea further. Motorola also holds two hackathons: in December in New York and in January in San Francisco.