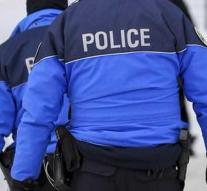 zurich - Due to an accident at the Swiss city of Zürich, a car driver and two horses were killed on Sunday.

The 53-year-old man drove in the early morning and in the snowfall on the highway, when suddenly the horses were on the road. The man could no longer avoid the animals and popped on top of it. According to the police, he died on the spot from his injuries.

The animals have not survived the accident. They might have escaped from a nearby farm.