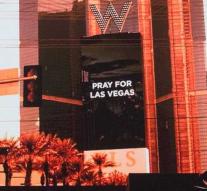 las vegas - Also an autopsy has not shed light on the motives of mass murderer Stephen Paddock, who shot dozens of concert-goers in Las Vegas. This is reported by the local newspaper Review-Journal, which received the autopsy report from October.

Paddock opened fire from a hotel room last October. That resulted in 58 deaths. It is still a mystery why the 64-year-old American decided to start a massacre. He committed suicide before the authorities could arrest him.

According to the paper, researchers discovered traces of a tranquilizer in Paddock's urine. They found nothing, however, that could have caused him to act. A brain study did not yield any leads either. No major deviations came to light.

'We may never understand why Steve did this,' said the shooter's younger brother, Eric Paddock. Earlier it had been speculated that the health condition of Paddock possibly played a role in his decision to shoot civilians to death.