Home / World / Mother kills her young children and herself 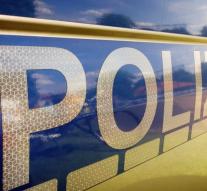 arnsberg - A 44-year-old mother robbed herself and her young children of life. The incident took place in the house of the woman in the German town of Arnsberg in the Sauerland.

The children, both girls, were six and seven years old. The police suspect that the woman has come to terms because of a custody issue in which she threatened to lose control of her children.