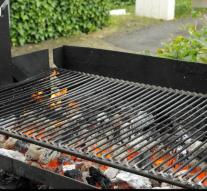 - A 41- year-old woman on Thursday in court in Münster, Germany announced the murder of her three children. She killed her daughter and three sons aged four and eleven by placing a lit charcoal grill in the bedroom. The carbon monoxide that came from there was fatal.

The act of the mother failed partly because it was intended that they themselves would die. However, the woman survived.

The tragic incident took place in May 2014 in Steinfurt. The mother experienced life as an unbearable torment. The father of the children, her husband was in prison and there was no money. She wanted her children into the death take inter alia, to prevent them would ever be sexually abused. Eighteen months later, she can not understand her deed.

The process ends on 19 November.