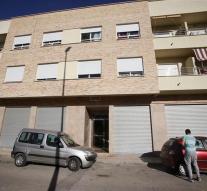 - The Spanish police in the seaside resort of Alicante released two teenagers who for years were held by their mother totally isolated from the outside world. The 49-year-old Swiss has been with her 30-year-old Swiss partner also arrested.

The 15-year-old boy and 17-year-old sister survived definitely separated seven years from the outside world. They did not go to school, had no social contacts and were not allowed to use the Internet and the telephone. They had barely medical care. The mother threatened the children and hit them.

The case came to light when the daughter saw a chance over the internet to alert an organization dedicated to children and youth. Who tipped off the police. The woman and her friend were settled in the south of Spain in 2009.