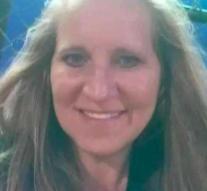 amsterdam - A family vacation ended in a drama for 50-year-old Carol. She ran into a deadly carnivorous bacterium in a hotel

. The family of Carol Martin was for a short trip in Clearwater in Florida. According to her husband Richard, she ran the bacteria in a hot tub at a local Days Inn hotel. They come to that conclusion because Carol was the only one in the bath, says the family to the channel WFLA.

Only after she got home in Indianapolis, she discovered an ulcer on her buttocks. Carol went to the hospital, received antibiotics, but became increasingly ill. Only during the third study did they discover the deadly bacterium necrotizing fasciitis.

Martin was then operated twice more, but eventually died two months after the visit to the hotel. Research has to show whether the hot tub has indeed been the cause, according to the channel.