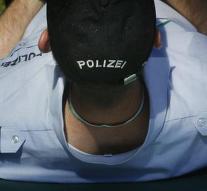 sulfeld - Some fourteen months after the discovery of a dead baby in a trash German police have traced the mother. It is according to German media to a 22-year-old woman who has now admitted that she is the mother.

The body of the girl was discovered in October in a bag with clothes in a trash can at a bus stop in the Sülfeld town in the state of Schleswig-Holstein. The bag was picked up by a passer-by from the street and placed in the bin.

Following the discovery a major search for the mother emerged that long remained fruitless. Due to traces of DNA it was eventually found. Research has revealed that the baby was alive in the world. What then happened to the baby, is not clear. The mother is suspected of manslaughter and is stuck.