Home / World / Moscow out of concern about immune South Korea 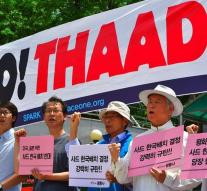 moscow - Russia is concerned about the placement of a missile defense system in South Korea and will 'bring in military planning.' That said Russian Foreign Minister Friday, reports Interfax news agency.

Earlier in the day called on China not to place defenses. The plan contributes according to China,, not contribute to peace and stability on the Korean Peninsula and the security of countries including China will seriously harm ''.

The US and South Korea have reached an agreement on deployment of a new missile defense system to counter the threat from North Korea. South Korea wants the US THAAD system be operational by the end of next year.