Home / World / Moscow annoys Kabul with its own peace talks 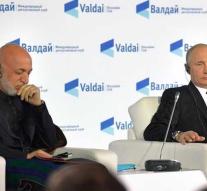 kabul - Russia has discreetly invited important Afghan politicians to talk to the Taliban in Moscow about peace. Moscow thus passes the Afghan government, which is not pleased with the plan, reports the Reuters news agency on the basis of discussions with those involved.

Afghan politicians have been approached in the last two months by Russian diplomats in Kabul. They invited, among others, former President Hamid Karzai, who had ears to such a summit. 'Karzai is going to Moscow because opportunities for peace talks with the Taliban should not be ignored,' says a spokesperson for the former president.