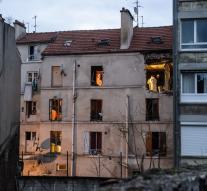 - The Moroccan intelligence services have tipped French colleagues about the whereabouts of terrorists in Saint-Denis. This was reported by the French news channel France Info Friday. The French interior minister, Bernard Cazeneuve, spoke Thursday of a non- European country that the police put on the trail of terror suspects.

That led to a police operation in the Paris suburb of Saint-Denis in which three suspects were killed and eight people were arrested. The aim of the operation was the arrest of Abdelhamid Abaaoud, a 28-year-old Belgian extremist who is seen as the driving force behind terrorist attacks, including those on 13 November in Paris. He is slain Wednesday.

Last month, a brother of Abaaoud, Yassine Abaaoud, arrested at the airport of Agadir Morocco, an anonymous source security of the North African country. He is still being held.

French media report that the Moroccans their French colleagues have pointed out that they might find Abdelhamid Abaaoud through his niece Hasna Air Boulahcen. French police she was noticed by a drug case. The French have taken to heart the Moroccan council and came by listening her off in the center of Saint-Denis visit. She is there on Wednesday morning also killed.